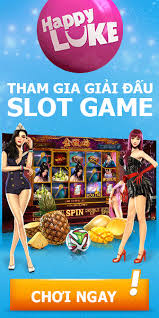 In the Province of Saskatchewan, Canada, the Minister indicated six months ago that they were considering the legalization of online gambling. During the month of April 2011, the Saskatchewan Gaming Corporation, a government-owned land-based gaming operator, announced they are prepared to join British Columbia and Quebec to implement an online gambling system.

The Reintroduction Of Online Gambling

This idea has been reintroduced as a result of subpar financial performance from the corporation over the past year. In 2010, the Saskatchewan Gaming Corporation recorded a net income 15 percent below the target. A report issued by the corporation stated that, although the revenues are expected to continue as planned in 2011, the company’s future is unsure without the introduction of online gambling.

The leader of the corporation released to the public that they are only in the phase of studying the idea and have not yet committed to the online gambling industry. The primary concern among province leaders is that the gaming money is being taken elsewhere and therefore cannot be reinvested in the infrastructure of the area. This is one positive aspect of land-based casinos.

In other Canadian news, there have been concerns regarding the British Columbia Lottery Corporation’s online casino operator Playnow. In 2010, the online gaming site was forced to shut down in less than a day of launching as a result of a security breach. In March 2011, the Senior Corporation I.T. Executive resigned from his position causing continued issues for the casino operator.

A representative from the British Columbia Lottery Corporation confirmed that the departure of the I.T. executive was unrelated to the security breach. The executive also stepped down from his position with the Gaming Standards Association in British Columbia. This was a forced resignation due to the rules regarding employment by each organization. Until these announcements, the Canadian media was in a frenzy.

It appears as if the Canadian Government and subsequent gambling entities need online gambling for additional money to assist each province with improvements. If Saskatchewan is interested in implementing a system, it is in their best interest to utilize the models set forth by many European countries. It appears as if British Columbia is not off to a good start. Hopefully, the province will bounce back and become a leader in online gambling in Canada.